Still MORE on the Republican Primary for AG 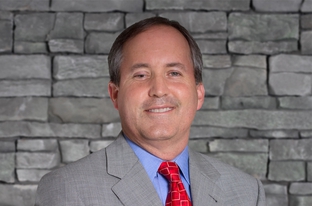 Lazy Eye has finally announced that he’ll be a candidate for AG. From the Tribune:

Like his competitors, and much like outgoing Attorney General Greg Abbott is wont to do, Paxton emphasized his willingness and determination to challenge the federal government. Citing the 10th Amendment to the U.S. Constitution, he said, “President Obama, I have a message for you: Texas will govern Texas.”

Paxton pledged that within one month of taking office, he would have delivered his message so strongly that people in Washington, D.C., and particularly U.S. Attorney General Eric Holder, would know his name.

The only reason they’ll know his name is because he’ll make an ass of himself in a legendary way. The name ‘Paxton’ will become synonymous with ‘incompetence’, ‘waste’, ‘failure’ and finally ‘lazy eye’.

The only people who take Paxton seriously are the teabaggers he’s lied to about all the awesome things he’s going to do and his fellow ideologue asshats who orbit around Mucus and his shallow, mostly hypothetical support. To wit…

“He’s the obvious choice to continue Greg Abbott’s work standing up for Texas and standing up for our values,” state Rep. Bryan Hughes, R-Mineola, who was in the crowd and who — like Paxton — once unsuccessfully challenged Speaker Joe Straus, said following the speech.

Discussing the reasons for his support, Taylor cited the consistency of Paxton’s conservative record.

“I served side-by-side with Ken Paxton in the Legislature, and I know beyond any doubt that he has the backbone to stand up for conservative principles,” he said.

You gotta hand it to Van Taylor… never in my life I have seen someone with his kind of inherited money (yeah, he earned his wealth coming out of the right vagina) give head quite so well. Of course, it’s easy to give an awesome hummer when later THE SAME FUCKING DAY you announce for the guy’s seat. NICE. One term in the Lege and now he’s a Senator… people of Plano, you get what you deserve.

Then there was this about the most important endorsement of all…

While he was delivering his announcement, Paxton’s campaign released the endorsement of 23 House members, as well as conservative leaders like Empower Texans President Michael Quinn Sullivan and Texas Eagle Forum President Cathie Adams.

No, not Mucus whose endorsement only comes with hypothetical voters through Twitter. I’m talking about Cathie Adams, who is legendary for her ability to mobilize the soon to be dead.

Good thing for Branch there’s another flu season between now and the primary.

This entry was posted in Stupid Republican Tricks, Texas. Bookmark the permalink.